Sh.Miss Joelle D’Amour began her career as a cabaret dancer in one of the leading restaurants of her hometown Petrosavodsk, in northwestern Russia in 1989. Through the years she felt the need to grow and founded her own ballet show with which she traveled all over the world for 7 years . She moved to Italy in 1999. After performing in Italy, she was drawn to the sensuality of the burlesque style and completely immersed herself in the Pin Up world. She has had the honor of being the most famous instructor in Milan from Milena Bisacco, Cleo Viper to Miss Sophy Champagne along with being a foreign star as well Lola Van Ella, Kitten de Ville, Russel Bruner, Basuka Joe. She began performing as a burlesque dancer in 2014 The most significant moments in Miss’s Joelle D’Amour professional career include her victory in the sixth round of the “Burlesque Factor 2017” in Rome, her performance at “Italia’s Got Talent 2017 (Miss Joelle’s acts have been called “the sexiest” and “one of the best” numbers in the third episode), the special award at “Burlesque Festival 2016” in Bologna, the special award at “ Burlesque Festival Brianza Motor Show 2016”. Additionally, she has collaborated with Massimo Costa (famous Italian comedian) on his show” Massimo Costa By Night” and with Miss Sophy Champagne at the theater “Barrio”. Miss Joelle D’Amour is currently performing at the Zelig theater, collaborating with the group from “La Cave du Burlesque”. 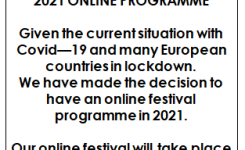